Dementia research has - since Alois Alzheimer laid the foundations of this research direction at the beginning of the 20th century - a long tradition at the Psychiatric Clinic. We focus on investigating the neurobiological basis of Alzheimer's disease in order to develop new diagnostic, therapeutic and preventive approaches. The focus is on the early stages of the disease, when symptoms are absent or still mild. The study team conducts both observational and clinical studies to test new treatment strategies. A broad spectrum of innovative methodological approaches are used, including imaging and molecular biological methods as well as neuropsychological-clinical approaches.

ActiGliA Diagnostic study
The aim of the study is to investigate the relationship between inflammatory changes in the brain (brain immune system), structural as well as functional networking of brain regions (connectivity) and protein deposits in the brain (Aß pathology) in old age and early Alzheimer's disease. In order to have a better understanding of the pathogenesis and the known molecular pathological changes and their effects, the genetic predisposition and biomarkers (blood & CSF) are also taken into account.

DESCRIBE Observational study
The aim of the DESCRIBE study is to use the examination results obtained in the course of normal patient care together with the results of examinations of biomaterials (blood, cerebrospinal fluid, saliva and urine), including genetic examinations, for scientific purposes and thus to increase knowledge about neuro-degenerative diseases and create the prerequisites for better therapies.

In the long term, the analysis of the collected data should lead to a better understanding of the development of neurodegenerative diseases and improve the possibilities for early and differential diagnosis.

DANCER Observational study
The DANCER study is the central control group for the DESCRIBE study.

One focus of these studies is the identification of early, specific changes, e.g. in the blood, so that the diagnosis of a neurodegenerative disease such as dementia or Parkinson's can be made at a very early stage. This enables a better understanding of the diseases and supports the development of new forms of therapy.

DELCODE Observational study
The DELCODE study examines different risk groups and individuals in an early stage of the disease over several years. In this way, methods are to be developed that characterise early stages of the disease, enable improved prediction of the course of the disease and identify new markers for an early Alzheimer's dementia diagnosis.

The results can be used to make further predictions about the future course of concentration and memory function.

Advance II Invasive Brain stimulation study
The Advance II trial is exploring the use of a surgically implanted device that delivers mild electrical impulses to specific areas of the brain in people with Alzheimer's disease. This deep brain stimulation (known as DBS) is delivered to the fornix, an area in your brain that plays a central role in memory. The ADvance II trial is based on a study of 42 patients with Alzheimer's disease and is designed to find out if DBS of the fornix is a safe and effective treatment for patients with mild Alzheimer's disease.

Amy Clear study
The focus of this study is to examine the Aß clearance in relation to the blood-brain-barrier, the glympathic system, brain lymphatic system and enzymatic degradation in participants with a Subjective Cognitive Decline, Mild Cognitive Impairment and a mild Alzheimer's disease. The multimethod assessment of the study contains imagery methods, clinical and neuropsychological examination as well as actigraphy.

Find our Publications on PubMed and Scholar:

You can find information on studies for which we currently search participants on our homepage. 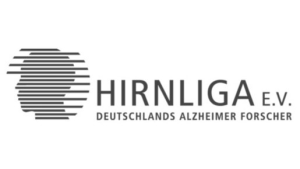 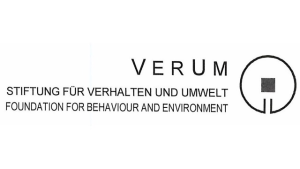